Join the Negotiators — Change the World with Words!

“The sword is the tool of the brute, who has no other means to solve his problems than to kill all who disagree with him.  If you want to fight a battle of ideas, one which truly changes the course of the world, you do so in words.” 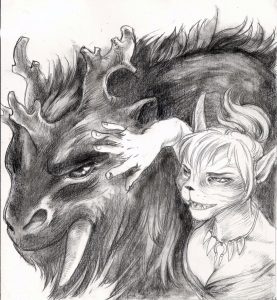 True power comes from words and understanding, not swords!

Citizens of Tamarra, The Negotiators calls upon you to show our continent your true fortitude and purpose: join us in working for a better world! The use of weapons and war are no more than brute force, and are irrelevant in fighting the true battle for the hearts and minds of the peoples of this, our dear continent.

The Negotiators fight in ways that make the greatest difference to our world.  And often, we win:

In SP~5,011, just five years ago, a small group of Negotiators travelled to the Merrill Gorge, the great chasm created during the most recent earthshake and the center of the Wars of Above and Below.  Descending into that cut in the Fekxtah’s crust,  our courageous Negotiators came upon the Memmorrall, a race of powerful diggers with a strong bond to Soman Energy who “see” using echolocation.  The Memmorrall had been sworn to destroy all creatures descending from the Above world.  But our Negotiators quickly gained understanding of the customs and the complaints of these gentle creatures, and now they have set aside all war with us and our kind. Sadly, two of our fine Negotiators were deeply wounded during this battle of wills, and one eventually perished from these wounds. This is not rare.  But do we stop?  No!  We hold these Negotiators in honor for their sacrifices and their courage, and we move on.

Sometimes reason cannot prevail, as we learned just months ago, when we met with several hundred shem amaum*.  We quickly discovered they had no capacity for reasoning and no sympathy for any other creature.  They obey only the directions of their masters, whoever they might now be, and their own innate lust for the destruction and death of all living things. Many who read our accounts in the news journals of our Continent counted this as a failure culminating in the death of a number of fine Negotiators.  However, we acquired more knowledge of  about the shem amaum — their customs and their weaknesses, and we will use this going forward. We will never take the coward’s way of wielding primitive weapons of war!

Have we inspired you? Do you have the courage it takes to walk into danger without a weapon?  The skill to wield words with force and precision under the most difficult of circumstances?  If so, and if you wish to create a unified and prosperous Tamarran Continent where we can live their lives in harmony, then become one of us.  Become a Negotiator!

* These are the cruel and merciless monsters brought to Tamarra over thirty years ago by invading Nulentians.